ProSolution Plus™ is one of the few natural supplements you can use to reduce premature ejaculation. 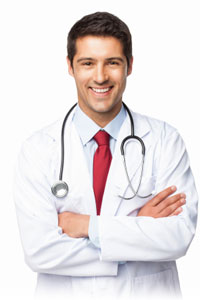 As the description implies, you can define the latter as uncontrolled ejaculation before or shortly after penetration, with minimal stimulation and before you want to release.

As a rough guideline, you're in premature ejaculation territory if you ejaculate less than two minutes after penetration.

Estimates put the number of men affected by premature ejaculation at between 20% and 30% of the world's population.

Why Am I Ejaculating Too Early?

You're ejaculating too early for any number of reasons, be they hormonal, prescriptions, or possibly because of unfamiliar sexual situations.

You might ejaculate too early if you're with a new partner, for example. Performance anxiety can also cause premature ejaculation, or it could simply be that you haven't ejaculated in a long time.

Most cases of premature ejaculation don't have a specific cause, and though the problem can sometimes resolve itself, it can be a persistent issue in many guys.

A 2005 study published in the May issue of The Journal of Sexual Medicine reveals further insight into premature ejaculation and how it affects health and well-being.

The study consisted of almost 1600 heterosexual men and their partners, all of whom had been together for at least six months. The couples used a stopwatch to record how long it took for the men to ejaculate after penetration.

The researchers defined more than 13% of the men as having premature ejaculation on the study's conclusion. They averaged less than two minutes before release, compared to nine minutes for men without the condition.

Roughly a third of the men with premature ejaculation reported relationship problems. They were also more likely to say they were 'quite a bit' or 'extremely' personally distressed compared to other men, with 75% of affected men rating satisfaction with intercourse as 'poor' or 'very poor'.

Will ProSolution Plus™ Help?

The ProSolution Plus™ formula also improved erection quality as defined by the international index of erectile function.

The product employs natural ingredients used in Ayurvedic and ancient Chinese medicine. While these ingredients have been used for thousands of years to help men with sexual dysfunction, it's a specific formula, borrowed from these ancient schools, and strategically dosed for male performance.

ProSolution Plus™ is a natural – and confidential – way to reduce premature ejaculation, last longer, and ultimately, have greater satisfaction in their quality of life. As the numbers indicate, that may be just what you're looking for.